When I begin to explain 3D printing to some of my colleagues, their jaw migrates to the agape position while:

Case in point: a colleague asked about printing a replacement part for a RC car, but modifying and repurposing it for a completely different application. I recieved the part, discussed how we could modify it for his needs, measured, modeled and began to print.

And then small disasters struck! The piece is flat, which I thought would have given me great adhesion to the build platform, but I obviously had not tested this theory on parts with larger than a 1cm² footprint.

We have some warping problems (no, not the kind that Starship Enterprise did in the latest movie). See below. 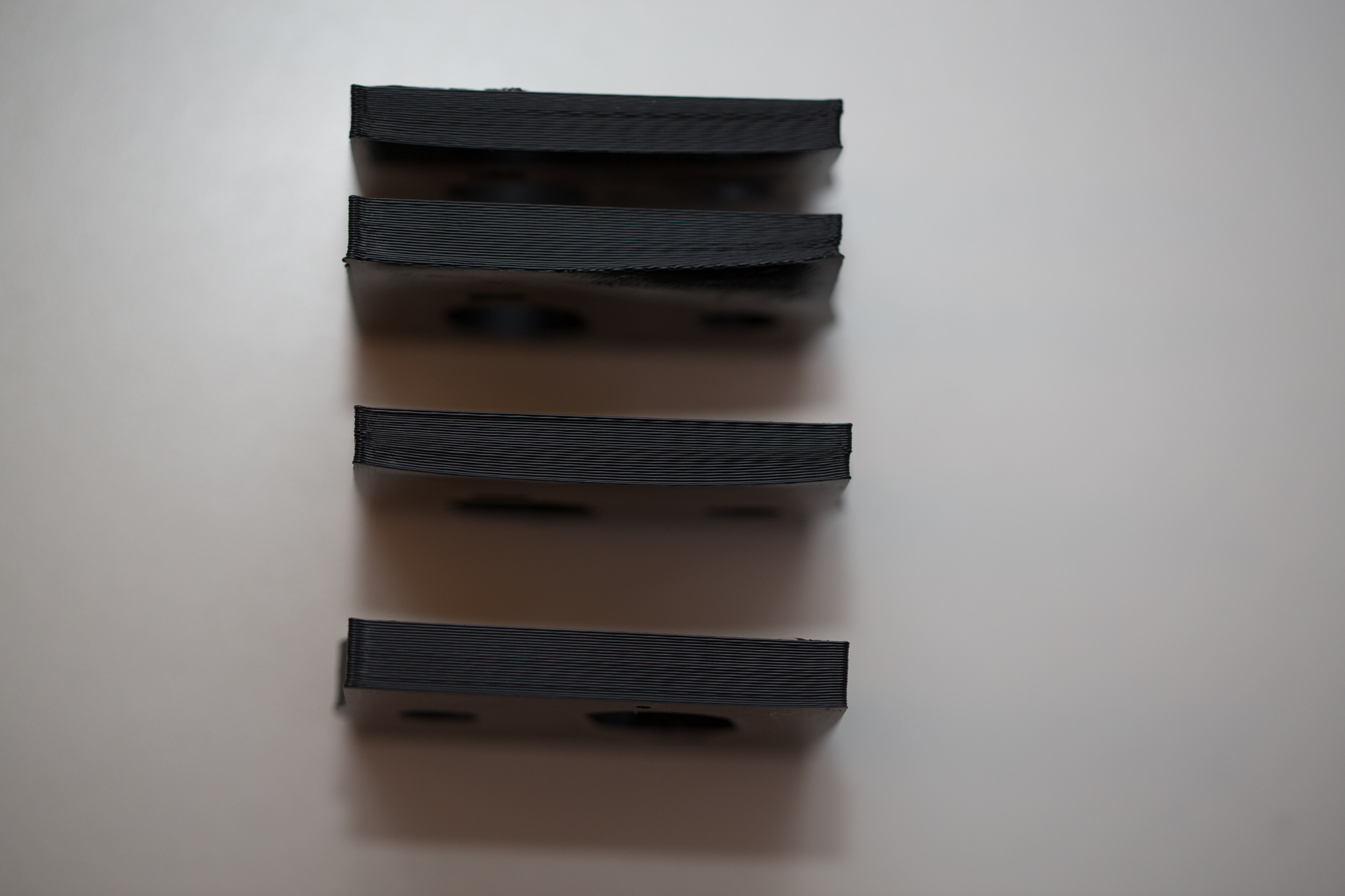 Here are the steps I took between each print, until I finally was happy with the output:

The first print became detached from the base since all of the corners started warping and tracking upwards. I believe since so little surface area was contacting the build platform, it just spun out of control when the nozzle was close at a certain point. Some old gooey filament on the side of the nozzle may have also contacted the part as well.

The second part finished, but the warping issue still persisted. To the Solidoodle forums I go!

The third print did much better, although I was still not happy with the continuing warpage.

The final part came out really nice. There is a minute amount of warping on one corner (less than .3mm or 1 layer). The bottom part in the photo above shows the final print.

For parts with more than a few cm² surface area contact with the bed, this is a must. I’ve read that with some tuning out of the box, this machine can really do some amazing stuff.